TIP OF THE BONDOC (PENINSULA) 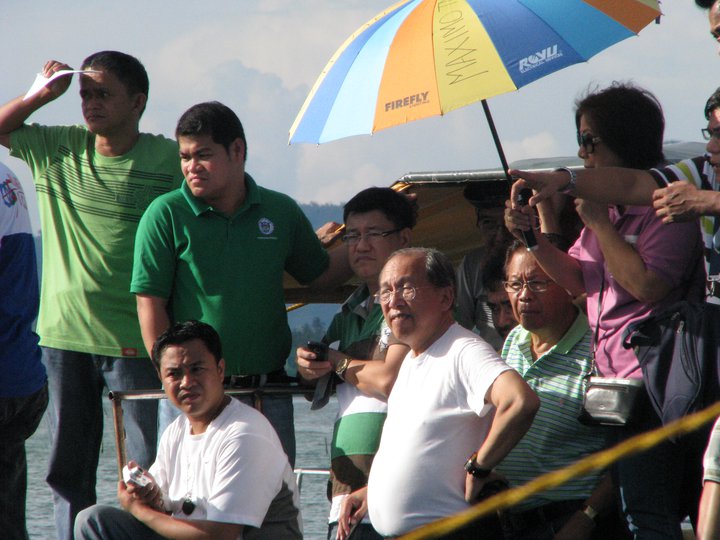 Still reeling from the aftermath of two destructive typhoons before the year ended, we were into a pleasant surprise to find out that our good congressman from the 3rd district of Quezon, also known as the Bondoc Peninsula, foot the Big Apple’s Le Cirque bill of the President and company. It amounted to less than a million pesos and some in the know like Senator Dick Gordon dismissed the treat as “normal”.

But the ensuing brouhaha was too good for comfort and the embedded press came up with some lame explanation for having out-scooped that, except that lavish dinner, they either beat it somewhere with friends and relatives or simply vanished back to RP. It was the New York Post that spilled the rare steaks of Le Cirque.

Still, the confession by our good congressman was too close for comfort. Many asked questions about his source of financial wherewithal. Many Googled his financial files and found eerie entries that would make the best financial gurus blue in the face.

How on earth can this native of the Bondoc Peninsula afford the hefty check of Le Cirque? Of course for the past 18 years or so as representative of the 3rd district he passed himself off as some industrialist with multi-million Business Empire. His statements of assets/liabilities/network disclose that he owns several family corporations that hardly fall as one of the top 1000 Philippine corporations:

From 1992, when the good congressman was first elected as such and continuously up to the present, he has so far deployed a total of P1.250B from his pork barrel in his district.

From the time the Countrywide Development Fund, a euphemism for pork barrel was invented, one curious pundit has roamed the entire Bondoc Peninsula to document its manifestations. The proofs of the fund  were far between. What he saw was a sprawling mansion in Unisan.

With almost two decades in power, a congressman can master the intricacies of the destinations of his CDF.

With an area of almost 300,000 hectares, the Bondoc Peninsula has nooks and crannies only an old timer with a knack on devices can master its geography.

One order of the day to a newly elected congressman is to work for the appointment of a trusted District Engineer. With the DE, he brings along with him his complement of gofers in the DPWH.

In an ideal world, the DE has the standard 10% to ease out the approval of a public works project undertaken by a favourite contractor who has made it a habit of advancing the cuts before the award. As a businessman, the contractor assures himself of about 50% return of investment. That leaves us the constituents 40% of the infrastructure. The DE has over the years saw the spectacle of contractors dumping the projects right after getting the mobilization. The abandonment would mean taking over the projects. Or, delivering far too substandard projects and place in peril in the process the career of the DE. The DEs now have wizened up. The take over was a learning experience. Why not device shell contractors owned by the DEs themselves? That way, they corner 60% of the project.

For the life of the DE, would the congressman of 20 years allow this rhapsody?

This is the story of the following projects in Mulanay, Quezon, one of the 12 towns in Bondoc Peninsula:

In May, 2009 the DE of the 3rd District of Quezon, Rogelio Rejano, wrote the Mayor of Mulanay, Quezon, Den Maxino, informing the latter that there were a number of projects being completed by the DPWH in his municipality.

With the data furnished, and instead of a grateful Mayor, the local chief asked some particulars especially the above-described tasks. Thinking that the Mayor was just humoring him, the DE gave further information that from 17% accomplishment in April, 2009, by June 30, 2009 the accomplishment was at 80% duly certified by his subordinates Engineer II Jorge C. Pacia, OIC-Chief, Construction Section Oscar V. Capio, and OIC-Assitant District Engineer Marcelito O. Ferrer.

Soon, the projects were completed by June 31, 2009 at 100%. That is the downside of lying. The liar has to remember every details of the lie. In this case, he gave all the details of the rip-off and forgot about the lie.

Of course the good mayor was not placated because he knew something was amiss. He called on some responsible residents of the barangays where the projects were allegedly done. He got the surprise of his life because these projects: Poblacion – Solcom section, Sitio Divisoria section and Barangay Matataja section, Mulanay, Quezon with total contract project of P60,000,000.00 were already finished and completed.  Per Sworn Statement of Ramon Pereda dated December 19, 2009, the Road Upgrading of Mulanay – Francisco Road, Sitio Divisoria section of Mulanay, Quezon and Road Upgrading of Mulanay-San Francisco Road, Sitio Barangay Matataja section was already completed in 2004 when he was its Brgy. Chairman at that time. Per Sworn Statement of Felino A. Rosas dated December 20, 2009, he attested that the “Mulanay-San Francisco Road, Poblacion-Solcom Section, Mulanay na nadaanan ang Sitio Putting Kahoy at Sitio Solcom Village na nasasakupan ng Barangay Butanyog, Mulanay, Quezon ay natapos na at nakumpleto ang pagsisemento noong taong 2002, at ito ay pinatutunayan ng larawang aking inilakip sa salaysay kong ito”. Aside from the Sinumpaang Salasay, the Mayor has photos and videos of the projects completed in the past to back up his charges of double dealing. In fact, these questionable projects are now in advance state of deterioration for being substandard.

In other words, the respondents are repackaging the said projects, very close to an election year, for purposes of collecting anew from the government clearly prejudicial to the latter.

And we are talking of only one municipality. There are 11 more.

The P60M scam is just a tip of the expansive Bondoc Peninsula.

This is the microcosm of double entry scheme almost perfected by Senator Manny Villar that practically went unnoticed thanks to the eagle eyed Ping Lacson. The DE and his factotums as public officers, and in their official capacity, agreed among themselves or with private persons (the contractors) to defraud the government regarding settlement of accounts relating to public property or funds.

The sad part of this brewing scandal is that the government engineers together with the contractors have provided the smoking guns for their prosecution while shielding their patron who is right now enjoying his coffee in some well appointed hotel lobby in Makati. Will he be reelected?

stories in my head, part one