A TALE OF TWO PEOPLES 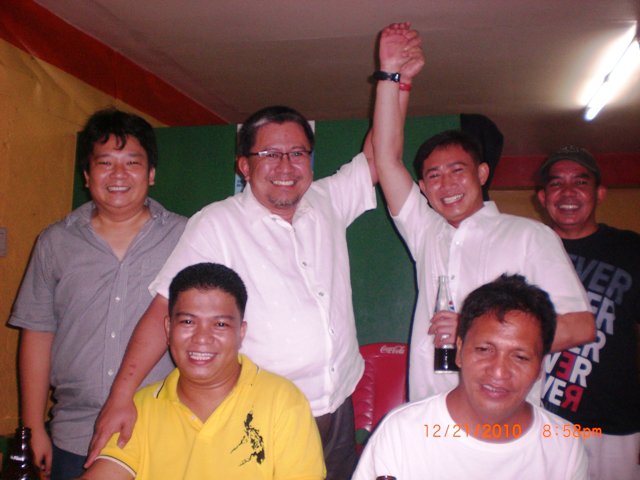 Two revolutions notwithstanding, there is a sizeable sector of our society that believes being shortchanged by its representative government. For the longest time this sentiment was felt during martial law (where a little push could have brought us at the verge of Marx’s textbook revolution) and morphed into anger thirty years hence. “(A Social Weather Stations (SWS)) nationwide survey, conducted from September 20 to 30 (of 2013) and first published in BusinessWorld, showed that 50 percent of the respondents rated themselves as poor, from 49 percent or 10.4 million households in June. It also found that 37 percent said they were food-poor, from 40 percent or 8.5 million in the previous quarter.”

What does this number say? It says that 50% of our registered voters fall under the category of being poor. Post Cory Aquino, the vote, like real estate, appreciate in value and is up for sale. Its beauty is that  this personal asset never gets depleted.

This confirms the anecdotal evidence of rampant vote buying not only during national elections but prevalent as well during the last concluded barangay elections. The use of goons and terror no longer holds true in today’s elections. It is outright vote buying, right in the noses of election officials and law enforcement agents, as they too have been bought to look the other way. Computerized elections notwithstanding, vote-buying is the new-found best route to public office.

Selling one’s vote becomes ingrained in our cultural elections. One commentator in the social media theorizes that the guy who takes home the plum (the village public office) proved himself to be the barako thereabouts. It was no less than the homegrown dictator (and remouthed by the likes of NayBis and Dutertes) that in elections “there is no substitute for victory.” Here, the losers are forgotten a second after the victors are announced. In this country, there are no political second chances. FPJ knew it deep in his gut. Not to be roasted in Kantiao-Sarado, he death-wished himself as a way out.

The 50% is for sale. Nobody raises a hackle anymore except those who can still retain an expensive election lawyer.

The 50% believes that they are neglected and ignored for one generation ago. They were the warm bodies in any mass action in the town square: the balut and taho and banana Q and adidas vendors and a host of others. Any mass outpouring by the elite is exploited by the 50% poor for its economic juice. The remaining 50% of the populace/voters or the “upper people” belong to the educated/professional/business class. Is this caste solid to cast its influence in any elections? Regrettably, this class is fragmented and consumed by punditry if not personal ambition or queuing at the precinct is just simply beyond them .

The members of the Senate act presidential before any presidential elections and there are 24 of them. It seems there is a grand lotto in the offing where the grand slam is Malacanang itself.

The 50% poor remain in their posts where they belong: a stall in the talipapa, the esteros, the sidewalks, the farmlands, the shelves of the supermarkets pushing consumer merchandise, the red light districts of Angeles and Panabo.

“Each day, thousands of working class communities—those on whose backs urban developments are built—are subject to random stops and searches. Separate service elevators and waiting areas are provided for cleaners, drivers, delivery boys and security guards. Intense questioning of those attempting to enter exclusive areas whose physical profile and economic status do not correspond to the template of home or unit owners have become routine.”

They sneer back at the intelligentsia while it sneers back at them. When therefore the great unwashed trek to the polls they have made up their minds: they elect the Estradas, the Enriles, the Binays, the Lapids, the Dutertes and the Revillas. Electing NayBi in 2016 is the revenge of the “lower people” whom we ignored, oppressed, exploited etc….and who are out of the conversation just what we are doing right now.

The thought of imposing their simple will on us is the best redress of the “lower people”.

KULIGLIG IS A WORK OF GENIUS!